Shivani Bahl is an associate at Urgo and Nugent, LLC. She received her Bachelor of Science from Southern Illinois University- Carbondale in 2012, where she majored in Paralegal Studies with a focus on Pre-Law and minored in Criminal Justice. Ms. Bahl went on to receive her Juris Doctor degree from The John Marshall Law School. Currently, Ms. Bahl is admitted to practice law in all Illinois State Courts and her current focus is in the areas of personal injury, premises liability and construction liability. She is an active member of the Chicago Bar Association, Illinois State Bar Association, South Asian Bar Association and Women’s Bar Association. 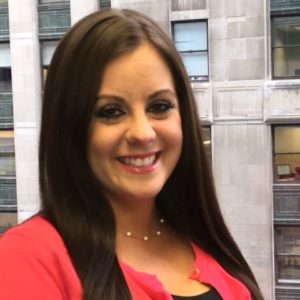 Christina practices in the areas of personal injury, subrogation, premises liability, auto and construction liability. She has tried cases to verdict.  She is also has expertise in uninsured/underinsured claims. 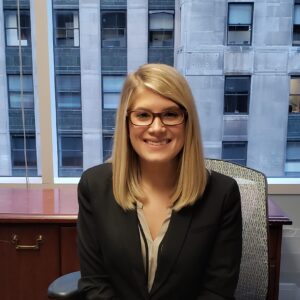 Mr. O’Grady grew up in the Northwest Suburbs of Chicago.  He got his bachelor’s degree from Creighton University in Omaha, Nebraska, and his JD from The John Marshall Law School.  He is admitted to practice law in all Illinois state courts.

Lisa is a Chicago native who received her Bachelor’s degree in Chemistry from the University of Illinois at Urbana-Champaign. Thereafter, she spent a year of service in AmeriCorps where she was placed at the American Red Cross in Los Angeles. She remained in Los Angeles and soon started a career in forensics for the Los Angeles Police Department. During her tenure, in addition to collecting and analyzing crime scene evidence, she qualified as an expert witness and testified in over 50 trials. She attended law school part-time in California, graduated in 2012 and moved back to Illinois.

As a litigator, she has a track record of getting great results for her clients in contract, personal injury, construction, trucking and employment matters, up to and including trial.

In her free time, Lisa enjoys sports and plays in multiple leagues in the Chicagoland area. She also plays piano and guitar and enjoys reading, travel and cooking.